In Danish business life you will experience a culture of equality and openness. This is also noticeable in meetings and negotiations.

Danes may take a softly softly approach, but they can still be tough negotiators. Make sure that everyone has their say and stand out with an understated appearance.

Danes, Swedes and Norwegians share a special feature in their working lives that Germans might not necessarily expect in negotiations or meetings: the culture of well-being.

A willingness to cooperate is one of the most important qualities that you should bring to contract negotiations in Denmark.

It is recommended to be modest when communicating with Danes. And if you also succeed in combining virtues such as reliability with humor, you have won already.

Despite their casual attitude, Danes are disciplined and respectful in meetings. After all, the good relationship between business partners is just as important to them as the result.

In Scandinavia, a calm, well thought-out approach is generally considered to be the most efficient way of completing a task. Scandinavians learn conceptual and analytical thinking in schools. This suits anyone who approaches business matters in an objective and fact-orientied way. 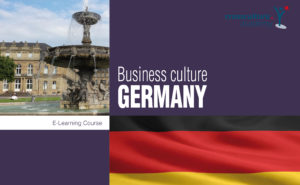 Our interactive e-learning modules for intercultural competence offer the flexibility of learning or updating training subjects from the comfort of your own home or workplace!